Living in An Apartment Vs. Living in A House: The Pros and Cons

There are certain clichés that apply to different property types. Take houses and apartments as an example. When you think of a house you think of a property in the suburbs. It’s the old “white picket fence” fantasy. It’s where you go to raise a family and escape the hustle and bustle of city life.

An apartment puts you right in the heart of the action. You’re probably thinking of great views from the top floor of a high-rise block. The apartment is the domain of the city professional. Or, it’s the first property of choice for the young person moving away from home.

But let’s move away from the clichés for a moment.

What are the real differences between house and apartment living? Let’s take a look at what you need to know before you make any buying decisions.

This may be the most important difference, especially for new buyers. As a general rule, it costs less to buy an apartment than it does to buy a house. This assumes that the properties offer the same number of bedrooms and are in the same location. After all, an apartment in Sydney would probably set you back more than a house in Darwin.

However, there are other fees to consider for apartment owners. Strata fees are a major issue and can cost you thousands of dollars per year. These fees may cover the various amenities that the apartment offers, as well as maintenance and management. They’re also something that can sneak up on the unaware.

House owners also face higher insurance premiums than apartment owners. But again, apartment owners will often have to pay into strata insurance. This covers any damage done to the apartment block’s common areas. They may also have to take out separate insurance for their apartment’s contents.

To recap, you’ll pay a lot more money for a house than an apartment in the initial stages. You’ll also have to take out a large mortgage, which means higher monthly outgoings. Plus, you’ll face higher insurance premiums.

However, apartments often come with fees that you don’t get from houses. You have to account for them in your budget in the same way you would your mortgage payments.

Imagine that you own a house and the boiler breaks down. Or, maybe the air conditioning system is on its last legs and needs replacing. That’s a problem that you’re going to have to deal with. That means scouring through a huge list of contractors to find someone who’s actually good enough to do the job.

Things are a little different when you live in an apartment, at least in most cases. Most large apartment complexes either have maintenance staff on-site or a manager that you can report issues to. In either case, you’re not the one who has to deal with the issue directly. The block’s managers have favoured contractors and they’ll send someone out to handle the problem.

Typically, this is because apartments have something known as a Body Corporate. This is essentially a small organisation that you pay into when you buy an apartment. In return for your fees, the Body Corporate takes responsibility for all of the maintenance issues. A strata is an example of a body corporate.

This isn’t the case for all apartments though. In particular, those who buy apartments in small blocks or as part of a large house may have to deal with their own maintenance. But on a general level, the issue’s out of your hands if you live in an apartment. 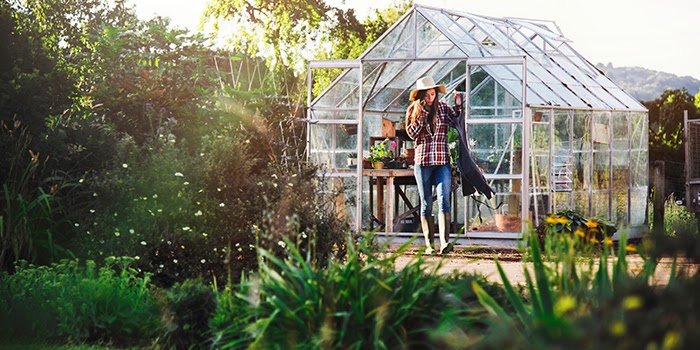 The garden is one of the first things that many property buyers look for. This is particularly the case with families that have young children. A nice garden offers a safe place for the kids to play as well as somewhere for the family to relax.

Let’s get the obvious out of the way now. Most apartments don’t come with a garden. That’s not to say that all don’t however. Some blocks may provide access to a shared garden, though this becomes less likely for larger apartment blocks. There’s also a recent trend towards rooftop gardens in modern apartment construction.

However, you won’t get a garden that you own and can do with as you wish. Of course, the opposite holds true if you live in a house. You can’t always guarantee that you’ll get a big garden. But there’ll usually be a little bit of greenery that you can call your own. You have to maintain the garden too, but that’s a small price to pay for having some outdoor space.

To compensate for this, many apartments offer balconies. While nowhere near the size of a garden, balconies do allow you to get “out” of the apartment. They also offer amazing views, which you don’t always get from a garden.

There’s no getting around the fact that you’ll encounter your neighbours at some point while living in an apartment. You’ll share elevators, cross in hallways, and generally not have as private a space as you get with a house.

None of this is a major problem as long as you have a secure apartment. However, issues like damaged doors and broken locks become even more worrying problems when there are so many people in a building. Of course, most apartment blocks go to great lengths to establish a security presence in the building. However, cameras and ever-present security personnel may create even more privacy concerns.

There’s also the noise issue to contend with. An apartment shares walls, floors, and ceilings with the other apartments around it. Depending on where you are in the block, you may end up hearing far more than you want to from your neighbours.

Houses offer a great deal more privacy because you own a specific and segmented block of land. Your garden is your own, as are all of the doors that lead into the property. You don’t have to worry about encountering other people within the property itself.

Generally speaking, you’ll have a lot less space with an apartment than you’ll get in a house.

However, that’s not a guarantee. Both houses and apartments come in all sorts of shapes and sizes. It’s entirely possible that a massive apartment suite could dwarf a small home. Conversely, a studio apartment will offer far less space than a family home.

So, let’s assume that we’re comparing a two-bedroom house against a two-bedroom apartment. What size differences can you expect to see?

Usually, the apartment will have a much smaller kitchen. You may find that there’s no space to fit a dishwasher and you have less space for food preparation. In some cases, the kitchen may lead directly into the living space. That means there aren’t walls to separate them. This lower amount of space likely continues into the bedrooms. Plus, houses tend to have a lot more storage space than apartments.

Again, this is all relative. However, you can generally say that a house will offer more space than an apartment that boasts the same features.

As a result, houses provide more flexibility when it comes to design and furniture options. But there’s an unexpected benefit to the smaller space that an apartment offers. You’ll usually find your utility bills fall as you don’t use as much energy to heat or cool an apartment.

Apartment blocks tend to provide greater access to useful amenities. This is particularly true for more modern blocks. Some developers go so far as to incorporate cafes and shops into their blocks. Thus, they create self-contained communities. Even blocks that don’t go that far often have other features, such as pools or gyms.

These are all things that you don’t get when you own a house. That is unless you build them yourself. You’ll usually have to get a membership to join a gym or pay to use a pool, for example.

This means there’s a convenience factor with apartments. Better yet, this often extends beyond the maintenance and management issues. Some modern apartments are so self-contained that you’d never have to leave if not for work. 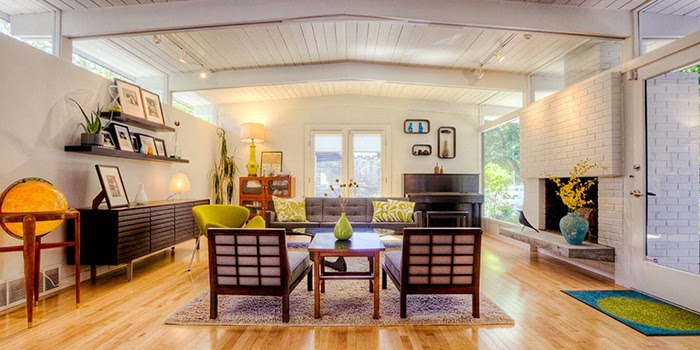 There’s not much difference between houses and apartments when it comes to control over décor.

However, you’ll see a massive difference if you want to renovate or redesign.

Houses offer you far more flexibility in this regard. It’s your property and you can do what you want to it, within reason. You generally don’t have to get permission to carry out a kitchen renovation, for example. That changes if you want to extend the property. You’ll need various permissions from the local council to do that. But you have more freedom to make big changes whenever you want to.

You have far less flexibility with an apartment. You’ll often have to get permission from the strata before you can even consider redesigns. Some also have very restrictive rules. For example, you may have no control over the colour of your front door. The strata may want a uniform colour, which takes the choice out of your hands.

That’s not to say that it’s impossible to redesign. It all depends on the strata rules. You just have to jump over a few more hurdles to carry out larger jobs on an apartment. Plus, you may even find the strata restricts some small redesigns.

As you can see, there are many differences between house and apartment living. With an apartment, you get more convenience but have to sacrifice some control. You’ll usually have to follow strata rules before making any changes. But that same strata takes responsibility for handling a number of tasks and providing various amenities.

The opposite holds true if you live in a house. You take responsibility for everything on your block of land. That means you’ve got to fix anything that goes wrong. However, you also have the freedom to do almost anything that you want to the property. Of course, there’s the benefit of extra space that also appeals to many buyers.

It’s up to you to decide which works best. Weigh up the differences against your own desired lifestyle to make the right decision.

Thank you for subscribing.

An email should be sent to you soon with your coupon code.