You have no items in your cart

Australia’s Migration Trends and the Effect on Major Cities

It’s fair to say that Australia is a nation that’s built on immigration. For hundreds of years, the country has relied on people arriving from overseas to supplement the population.

That was fine during the early days of the country. But migration is a hot-button issue in modern Australia. The debate about the effects that migration has on the major cities and property rages constantly.

It all started in the late 18th century.

That’s when boatloads of European immigrants began the colonisation of Australia. Back then, the country contained an estimated 400,000 aboriginal people. Today, it has a population of 20 million.

The first migrants to the country were convicts. Whether this was part of their punishment or a way to reinforce Britain’s presence in the country isn’t clear. All told, about 80,000 convicts arrived on Australian shores between 1788 and 1840.

Then gold was discovered in Bathurst. A precious mineral naturally raises interest and Australia welcomed far more immigrants as a result. People began arriving into the country from China, Europe, and the United States. Of course, the British also continued to provide its fair share of immigrants.

Australia soon implemented immigration policies to control the numbers of people who arrived. These evolved during the course of the 150+ years that followed, until we find ourselves where we are today.

How Migration Looks in the Modern Era

Today, migration is a concern on two levels:

Between 1985 and today, Australia has seen a consistent rise in its population. During those 33 years, Australia’s population grew by less than 1% on only three occasions. It averages about 1.3-1.4% and reached a peak of 2.2% growth in 2018.

It’s interesting to note the influence that immigration has had on those figures over the years. Both natural population growth and immigration have played their parts during this 30-year period. However, it appears that the balance has shifted in recent years.

As you can see, immigration has a major effect on population levels. In turn, it may have an effect on the property markets in major cities.

We’ll get to that in a moment. First, let’s also look at how internal factors affect migration.

On a general level, people go where the work is. That’s the main reason why Sydney and Melbourne are the two biggest population hubs in the country at the moment. Both have thriving business districts, which naturally attracts people. Everybody from white collar workers through to high-powered investors can call these cities their home.

But there are interesting periods that can lead to population shifts as well. The mining boom that took place during the early 2000s and into the 2010s is a good example.

That boom resulted in a marked migrated to Queensland and Western Australia. People moved to these territories in order to find work. As a result, populations increased in new areas while decreased in the places that people moved away from. Cities like Darwin saw boom periods as people flocked to where the work was.

Unfortunately, that boom periods is on its last legs at the time of writing. Naturally, this will lead to people selling their homes to once again move where the work is.

That’s just one example of how internal factors can affect migration trends on a large scale.

When combined, immigration and internal migration have a massive effect on regional economies. They also cause many changes in the property market.

Let’s look at some of the effects that result from such migration trends.

On a practical level, this can cause all sorts of issues for buyers and sellers.

Conversely, buyers have to deal with a lot more uncertainty. It’s unlikely that a seller would ever tell you the true scale of the competition that you face when you bid for a property. As a result, there’s a lot of guesswork involved when buying property in a high-demand market.

Of course, the opposite holds true when migration trends away from a major city. Again, cities like Darwin and other hubs at the end of the mining boom offer a good example of this. Demand for properties plummets, which means sellers have to search harder to find suitable buyers. The buyers they do find have much more negotiating power than they’d have in a high-demand city.

Naturally, all of this has an effect on property prices. When demand goes up and there’s not enough supply to meet it, sellers can ask for more money. They get to play several buyers off each other to get the best possible bid.

When demand lowers, you get an oversupply of property. That means that sellers have to drop their prices to attract buyers. This can result in them selling a property for less than its true value.

Now here’s an interesting note about immigration. Those who arrive in the country trend towards the most popular cities. In the modern age, this means major urban hubs, such as Sydney, Brisbane, and Melbourne.

As a result, changes in demand don’t just come from internal population shifts based on economic factors. They also come from external migration.

This effect leads on directly from Effect #1.

As demand increases in a city, supply dwindles. When that happens, builders have an opportunity to make a huge amount of money. They focus their efforts on building properties to meet that demand.

We’ve most recently seen this in Sydney.

The increasing migration towards that city led to a boom in the construction of high-rise apartments. This started during the early 2010s and endures to today. 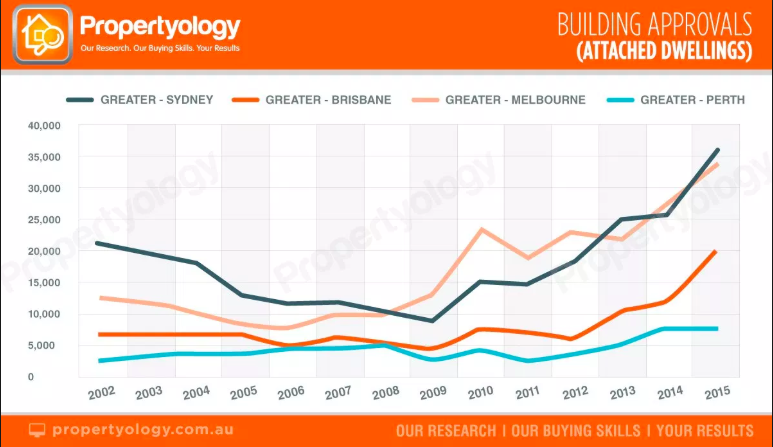 This has led to some blowback from residents. A Fairfax Media poll shows that 66% of Sydney residents believe that the city has reached capacity.

Migration into the city clearly plays a role here. That increased demand results in the need for more housing stock. As a result, builders rise to the challenge and start building more. This, in turn, has another effect. 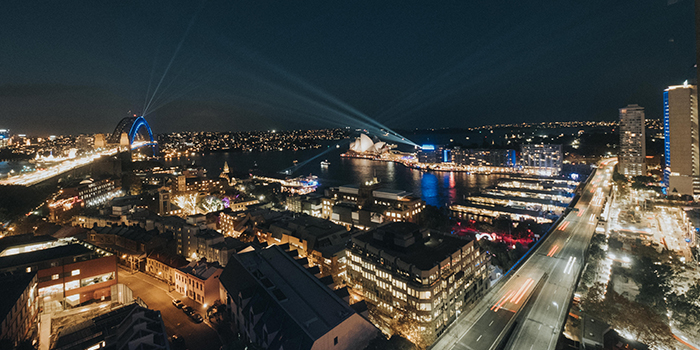 There’s only a finite amount of space available for people to live on. That’s why the trend in Sydney is to build upwards.

Migration into a city leads to an increase in population density as well as overall population.

Population density is the measure of the amount of people who occupy a set space. For example, you could have a density of 40 people per hectare. Incidentally, that’s where Sydney stands at the moment.

Increases in population density can have a number of effects. Pollution increases because there are more people generating pollutants in a smaller space.

Naturally, it also leads to overcrowding. The city simply feels busier because it is. This creates greater demand on public services, such as transportation and utilities. That demand leads to the development of new infrastructure.

And that improved infrastructure can lead to even more people migrating to a city.

Migration and its effects on major cities isn’t a simple topic. However, to generalise, migration into a city can lead to three things:

That’s why it’s important to pay attention to migration trends when you’re buying a property. They can have a huge influence on the success of the property for investors. Residential buyers also need to understand the effects that the migration trends can have on their decisions.

BLOG POSTS
Subscribe for the best home styling and furniture deals in Australia PLUS $20 off your first order!
See welcome email for details.